skip to main | skip to sidebar

The poet as translator lives with a paradox ... One voice enjoins him: "Respect the text!" The other simultaneously pleads with him: "Make it new!" He resembles the citizen in Kafka's aphorism who is fettered to two chains, one attached to earth, the other to heaven. If he heads for earth, his heavenly chain throttles him; if he heads for heaven, his earthly chain pulls him back. And yet, as Kafka says, "all the possibilities are his, and he feels it; more, he actually refuses to account for the deadlock by an error in the original fettering." From "A Note on the Translations," in Poems of Akhmatova.
Posted by Judith Filc at 11:31 AM No comments: 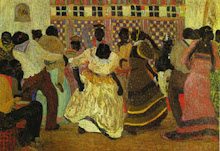 Translation from and into Spanish in the following fields:

Writing can be both exhilarating and frustrating. Obstacles may appear at different stages in the writing process. Overcoming them demands time and effort. Sometimes great ideas remain as jotted notes on a piece of paper. Sometimes great arguments lose power for lack of organization. The best writing, once polished, can sound even better. I can work with you at any of these stages so that your writing may gain in effectiveness and become a fully enjoyable experience. It doesn't matter where in the world you are located because we can work on Skype and through e-mails. I can also do in-depth editorial work with clients who write in French, Portuguese, or Italian as long as they are willing to communicate in English or Spanish.